“The universe is a communion of subjects, not a collection of objects.” -Thomas Berry

This is the second serving of my experience attending the 2018 Pachamama Alliance Global Gathering. For those of you who weren’t there, I hope it is a decent sharing of the experience which was, for me, a huge affirmation for my heart and soul and a necessary alignment for my mind. I was impressed…impressed? No, blown away by the quality of the speakers we were lucky to have come to our retreat in the beautiful hills of Petaluma. I hope this recounting of their teachings is adequate and in some way pays back the universe for allowing me to attend.

Our Sunday agenda began with poet, cosmologist, and activist Drew Dellinger talking about Thomas Berry. For those unfamiliar with Berry and his revolutionary work in developing a way of thinking about ourselves using the “The Old Story” and “The New Story”, I offer this video.

At the global gathering, Drew began with a reading of his own poem, ‘We Make Music”. Then regaled us with Thomas Berry anecdotes and quotes, including, “the universe is a communion of subjects, not a collection of objects.”

He also linked ecology and cosmology with social justice issues, and spoke of his convergence with the Pachamama Alliance, and his work bringing Berry’s teachings to  the “Awakening The  Dreamer” symposium, developed after a call from the indigenous people of the Amazon rainforest to awaken the “dream of the north”, which some call “the dream of more”. Hitting home with me was Drew’s admonition that people who have privilege need to make a particular effort in the world, and that we can’t let the fact that there’s no “us” and “them” mean that there’s no accountability.

He ended with a Dr. Martin Luther King quote:

“Our nation was born in genocide when it embraced the doctrine that the original American, the Indian, was an inferior race. Even before there were large numbers of Negroes on our shore, the scar of racial hatred had already disfigured colonial society. From the sixteenth century forward, blood flowed in battles over racial supremacy. We are perhaps the only nation which tried as a matter of national policy to wipe out its indigenous population. Moreover, we elevated that tragic experience into a noble crusade.” ― Martin Luther King Jr.

Reverend Deborah Johnson fills the room with light and love. “Rev D” talks about spirituality like it is just a matter of fact, like a kitchen counter—so real, so obvious and entirely functional. She addressed the dark times we are living in, the monsters we all face with a powerful image, that of a shuttered room, utterly devoid of light. In such a room, she asks, “What happens when you light a single match?”

Her talk was replete with such imagery and by the time she was finished, I felt my own power, and love, welling in my heart as I was ready to follow her call to “stand somewhere.”

“Every moment of our life is a narrative,” began Rev D. “There’s a narrative going on right now that our social ills are so large that we’re paralyzed.”

But she continued, “If you turn the light off in a room and you strike a match, what happens? The darker it appears to be, the greater the impact of the smallest degree of light…do not underestimate the power of your little light.”

She said that freedom and justice aren’t rights to be given by the state, or by the powerful, they are already inherent in our humanity. “No slave ever got on the freedom train,” she explained.

She led us through an exercise in which we tackled a problem from our logical minds, did a brief meditation to get in touch with our vision of the resolution of that same problem, and how it felt to us to have it resolved. Then re-write our vision about it.

Landing hard with me was her exhortation, “you don’t have to know everything about everything.”

Whenever I want to get my mind blown, I watch a Brian Swimme talk. Towering in both stature and intellect, he explains the cosmos and galactic time with what feels like the voice of a curious universe—his tall, slender frame standing like a wizard, both guarding and inviting a crossing to a bridge to eternity. Sometimes, he will pause, as if receiving a transmission from a distant black hole, reaching across infinity to feed him new information, then say something so brilliant, yet so obvious. I find myself left feeling like I know something timeless and true—something that was there before I was born, lives inside me now and will be there long after this body and mind are blown back into the elemental particles from whence I came. My existence becomes both the most important thing in the world, and of no consequence at all. Being able to glimpse the beauty and enormity of the cosmos makes me both weep with joy at how the universe spent billions of years constructing life and consciousness and lie awestruck in the middle of the night at how small I am against the backdrop of all time and space.

He is also extremely quotable:

“Humans and chimpanzees have 98% the same DNA…150,000 years ago, humans started to go into caves and paint animals…it was the awakening of the imagination…we are at another one of those moments.”

“We now can look out at the universe and realize that we are seeing that which constructed our looking.”

“The creativity that gave birth to the universe is who you are.”

“The structure of our galaxy is created by the galaxy, it’s a self-organizing process–the galaxy itself is a form of intelligence. Our role is to enable the galaxy to reflect upon its own intelligence, its own beauty.”

“We were built by a form of cosmic generosity.”

“There is a way in which we can live that is congruent with the universe.”

“You can’t be human unless you dwell in the immensities of the universe.”

“The universe knows what it’s doing.”

“Ultimately you give everything…that’s what the universe wants.”

The final speaker was Will Grant. He directly answered the question that many of us were thinking after the impactful talks from all of the previous speakers: “Now what?” Particularly, he directly addressed some of the common problems we shared, “What do we do with Uncle Frank who always calls us a ‘snowflake’ at Thanksgiving?” Or, “What about the people who don’t even believe in climate change or global warming, or think that it is too late, there is nothing we can do?” Will had rock-solid answers for these questions, backed up by his own experience and a heap of empirical data.

“We’ve gotten to be able to experience some of the global thinkers of our time. From this peak experience, what percentage of it do we bring back into our lives?” he asked us. He suggested we frame our actions by always looking to move into our stretch zone. That is, become aware of when we are too comfortable, and also be on the lookout for when we are in “the panic zone”–that reaction we have to fearful circumstances or places, where we want to run back into our comfort zone. Will explained that we can become aware of these zones and manage them with more mindfulness, perhaps moving more adroitly between the panic zone and the stretch zone.

“I view Donald Trump as a symptom of a nation in panic,” he offered. But also warned, “a lot of the way we have tried to move people towards concern about climate change is exactly against how people actually change,” and showed us a bell curve graph of people’s reaction to climate data. 13.5% of people are “early adopters” of awakening from the dream, hospicing the death of “the old story” and helping birth “the new story”. 34% are the “early majority”, 34% are the “late majority” and 13.5% fall into the “climate deniers” category. He recommended paying attention to the half that are either “early adopters” or “early majority”. The rest will come along, or not, but Will maintains that we spend far too much time trying to convince them when we could be motivating (and creating visions that pull for) those who are already are on board.

“I’ve seen the enemy and they is us,” Will concluded. And reminded us that “adults continue to try something hard when they have measurable gains toward a definite outcome.”

He recommended Pers Stoknes’ book, which I am also reading and also highly recommend. Randy McNamara gave a great presentation on it in the global gathering “Emily’s Room”. It may be a mind-opener to anyone wondering how we can be going about our daily business while the world is burning–and what to do about it.

What We Think About When We Try Not To Think About Global Warming: Toward a New Psychology of Climate Action 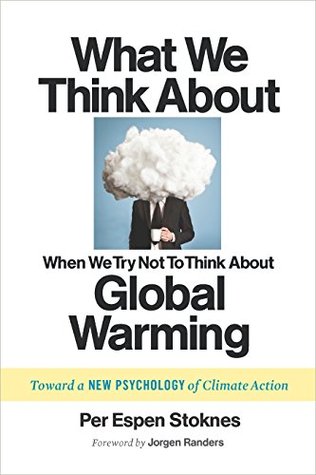 That is my report from the 2018 Pachamama Alliance Global Gathering. September 2018 promises to be a big splash for the Pachamama Alliance and the environmental, social justice and spiritual arenas in which it works and plays. As part of that, I will be facilitating two “Awakening The Dreamer” symposiums in Malaysia, as well as working with the FOLO Farm team, including Lemuel Ng and Will Chua to accelerate land regeneration projects and spread the love and dirt of organic, sustainable farming practices throughout SE Asia. I will also be traveling to Da Lat, Vietnam, with Nicky Taym to visit Paul Olivier and learn about the amazing work he is doing with rebuilding ecosystems and utilizing 100% of waste for land regeneration, fuel, compost, etc., and running a podcast series about that at Fine Food and Healthy Living Asia.

Until next time, be well. -Todd

we go from Muddy to Buddy,

from Janis to Alanis,

from Charlie Parker to Ali Farka,

from Artie Shaw to Mardi Gras,

from Madonna to Rihanna,

from raga to Gaga,

from “Ode to Joy” to Soulja Boy.

the Earth was once lava